Reworked call scripting and some bugfixes

With DandyDialer 1.1.0, we reworked how call scripts are executed and fixed a lot of behavioral bugs. Also, added some fine tuning parameters for campaigns.

In DandyDialer, call scripts are transformed into a low-level semi programmable scripting format (called ddscript) before execution. Previously, we were doing the transformations in front-end. While this seemed like a good approach at first, it became a serious roadblock hindering further development and bugfixes. With the latest changes, we moved ddscript generation to back-end , giving us more flexibility in moving forward.

If you are concerned about whether your existing campaigns became broke or not, don’t worry. We carefully migrated all existing call scripts and campaigns before finalizing the changes.

Previously, key presses were only acknowledged after press-1 voice prompt was finished playing. While we were confident that this is how press-1 should work, a lot of our users complained; saying that it is not the correct behavior. We took your feedback and removed this supposed “feature”. Key presses are now acknowledged as soon as they are detected.

Removed call timeout parameter from campaign creator/editor and call testing prompt. It was replaced by more fine-grained parameters in advanced section (described below).

DandyDialer now has an advanced section in campaign creator and editor where you can fine tune call behavior. The added parameters are -

All of these parameters are also available in gateway and script testing wizards. 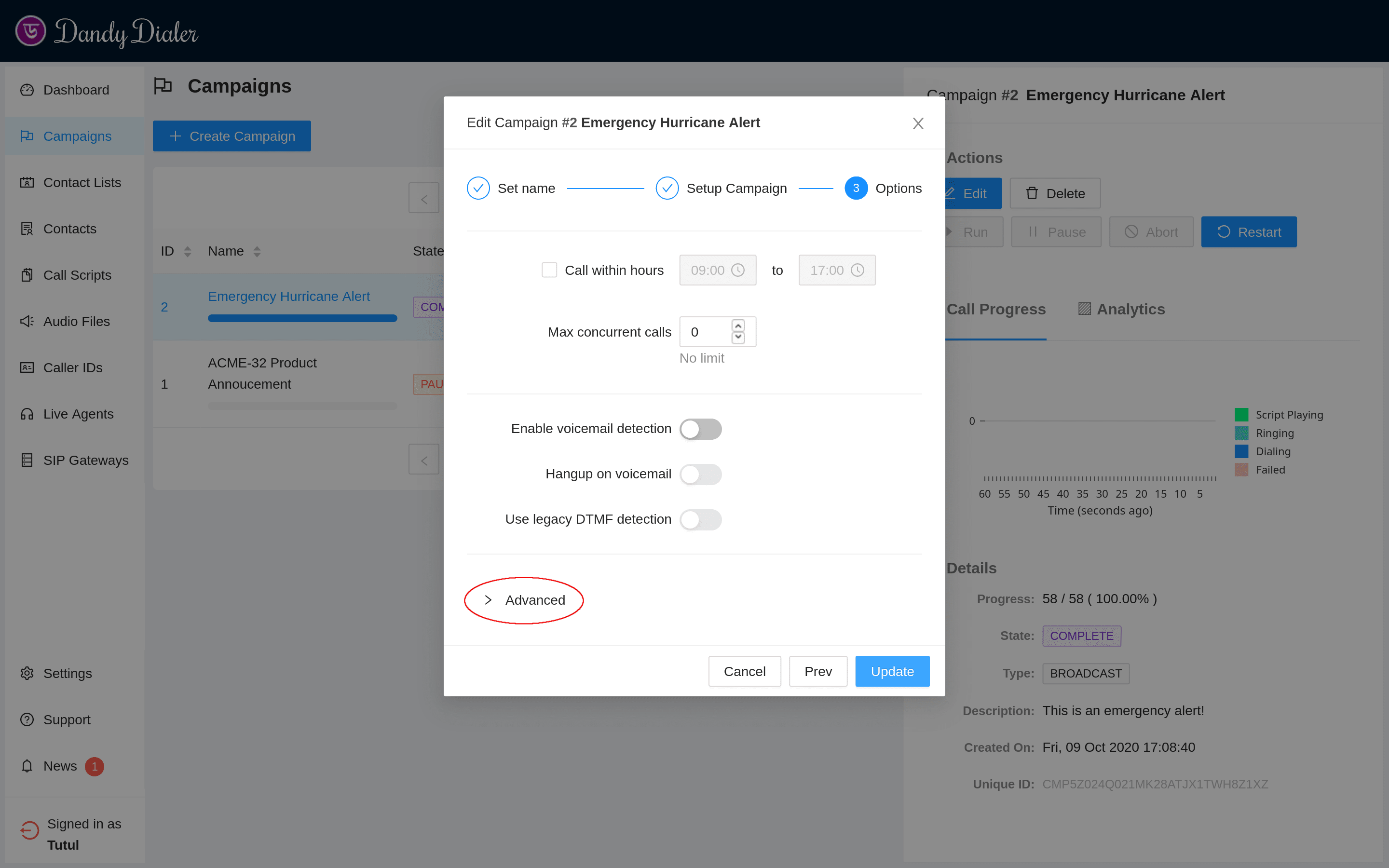 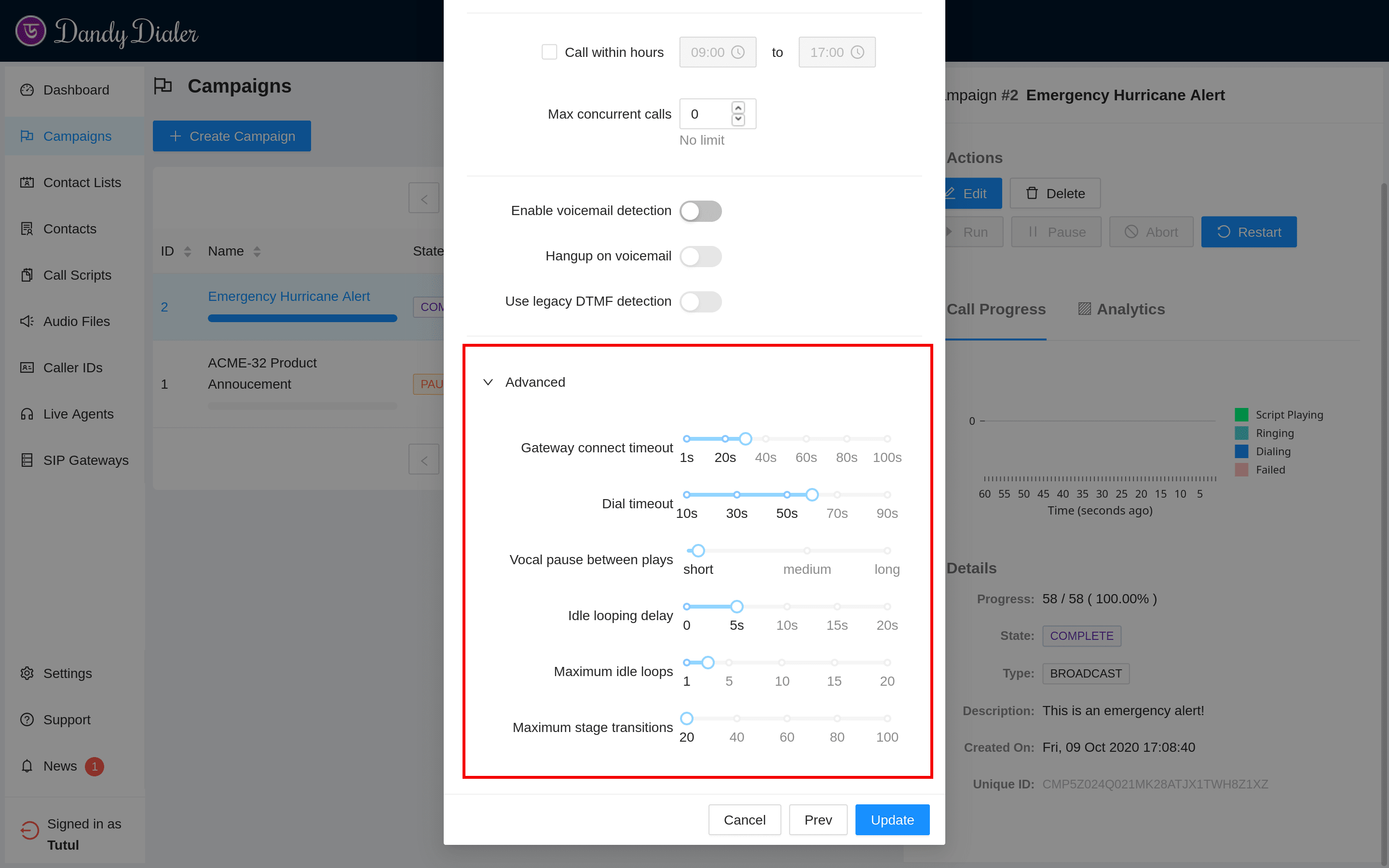